The Town of Surfside is pleased to announce that it has been recognized for it’s outstanding tourism marketing efforts with two “Flagler Awards” at the Florida Governor’s Conference in Orlando this September 8th. The Flagler Awards were created by Visit Florida, the official tourism marketing arm of the State of Florida, to recognize exceptional work that showcases Florida’s tourism industry

The awards were a Gold “Henry” in the Resource/Promotional Material – Consumer category, as well as the “Best in Show” award. The recognition was for the outstanding graphics, art direction and photography that
Jacober Creative produced as part of Surfside’s “Simply Surfside” tourism campaign. 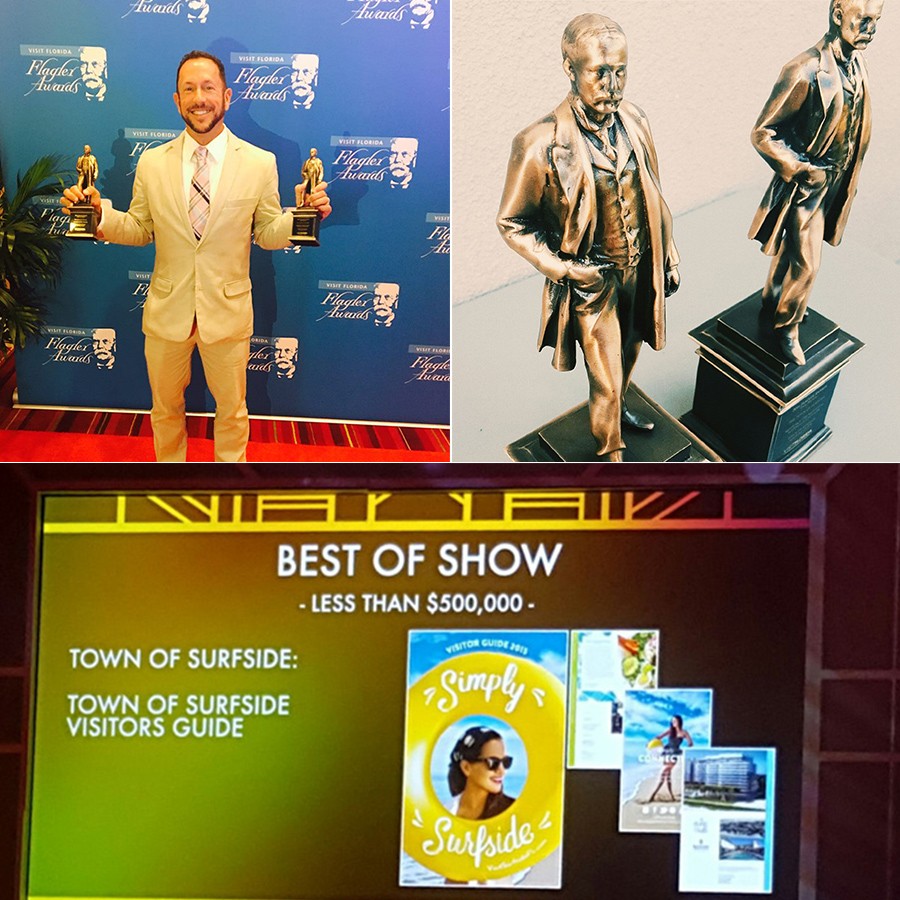 “The campaign is gorgeous and is like nothing Surfside has ever seen,” said Duncan Tavares, “I loved collaborating with the Jacober Creative team. It’s been wonderful to oversee the development of this town’s marketing campaigns.”

Paul Jacober, the principal in Jacober Creative, added, “We are thrilled to have showcased Surfside in this campaign and attract this level of recognition in a state like Florida, where tourism is a major industry. We were competing against some serious players.” He also states, “None of this would have happened without Mr. Tavares, the Department of Tourism and their joint vision for Surfside, which allows us to continue to push the envelope in the work that we do.”

The campaign showcases the simple pleasures that abound in Surfside, from the white sand beaches to the family-owned shops in the town’s center. The winning design is bright, playful and upbeat, with a retro touch that is at once modern and fun – the perfect embodiment of Surfside!

Expedia finds Surfside, FL the most comfortable city in America