The Bird’s the Word

Biking around Surfside and noticed our green parrots? In the last few decades, parrots and parakeets have become a common sight in South Florida's cities and suburbs. Though not native to the area, these birds have become a part of the landscape, adding to the charm of Surfside and its harmony with nature.

Are wild parrots in Surfside actually parakeets? Though this seems like a trick question, all parakeets are parrots but not all parrots are parakeets. In our case, the friendly green-feathered birds we typically see around town are parakeets. So how can you know if you’re seeing a parrot or a parakeet?

Tropical parakeets generally are a bit smaller than a parrot, adults are 8.25 inches (21 cm) long and the females are usually smaller with a shorter, broader beak. They are mostly green with a large patch of feathers on their secondary areas such as the head, breast and wings in another color. They have a long tail that is composed of a number of long, ribbon-like feathers that fan out during flight. And they are very noisy!

Parakeets roost or feed together in pairs or flocks. In Surfside, you’ll see them hanging out in palm trees and feeding on tropical fruits, especially mangos! The birds naturally feed on seeds and fruit and have over time adapted to eating blossoms and nectar. For parakeet pairs, the nest is used for sleeping all year round and is added to from year-to-year for breeding.

Hispaniolan Parakeet (Aratinga chloroptera)
Native to Hispaniola, its plumage is green with yellowish underparts and with a red patch under the bend of the wing. Pairs of these parakeets have been observed in Miami Beach with flocks of the similar looking Canary-winged parakeets.

Mitred Parakeet (Psittacara mitrata)
The Mitred parakeet, also known as the Mitred Conure (Aratinga mitrata) in aviculture, is a species of long-tailed green parrot that has red feathers on its head. It is native to the forests and woodlands in the Andes from North-Central Peru and came to be a South Florida local by escaping captivity.

A native of Central America, green parakeets are now seen in the Miami area. This parakeet is very similar to both the Hispaniolan parakeet and the Mitred parakeet with green plumage, a splash of yellow feathers on the breast and red flecks on the neck. 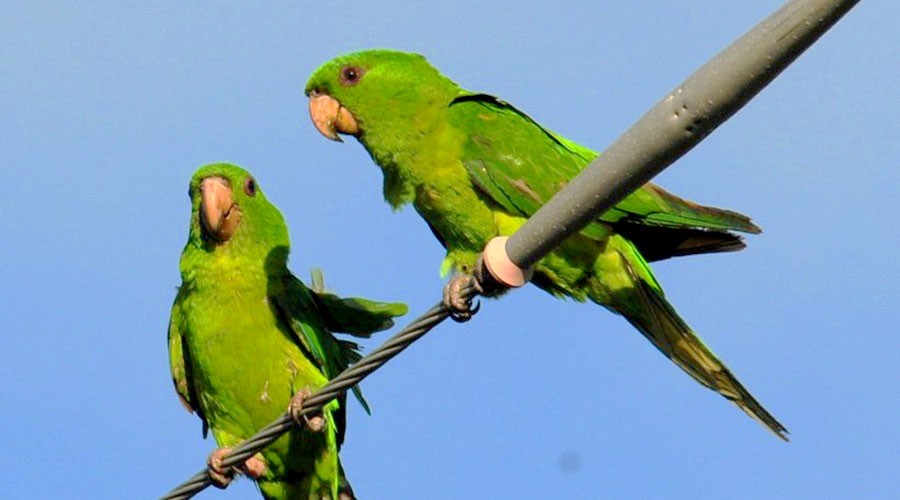 All of these various types of parakeet can be easily recognized by their raucous calls, fast moves and green plumage. Most importantly, they are easy to spot around town! But if they aren’t native, how did they get to Surfside?

History of Parrots in Florida

Parrots and parakeets are not migratory, so, in almost every case, the species that you see in Surfside have been imported for the pet trade. In the 1980’s, approximately 140,000 parakeets were imported into the U.S. from South America.

Many of the imported exotic birds escaped in great numbers at their point of entry, while others escaped from pet shops or from their owners. Some, were simply released into the wild by their owners or by nature’s natural forces – damage from Hurricane Andrew in 1992 released hundreds of birds into the wild.

Since Florida’s mild climate and native plants have many elements of the tropics, the wild flocks have adapted and flourished for decades!

Here, there are few competitive factors to limit their lifespans, and food and places to roost are abundant. And, since the birds and both beautiful to look at and often regarded as pets, locals and backyard bird watchers often contribute to their lifespan by feeding and protecting them. Here in Surfside, we love knowing that our feathered friends are enjoying their time in Surfside as much as we are. 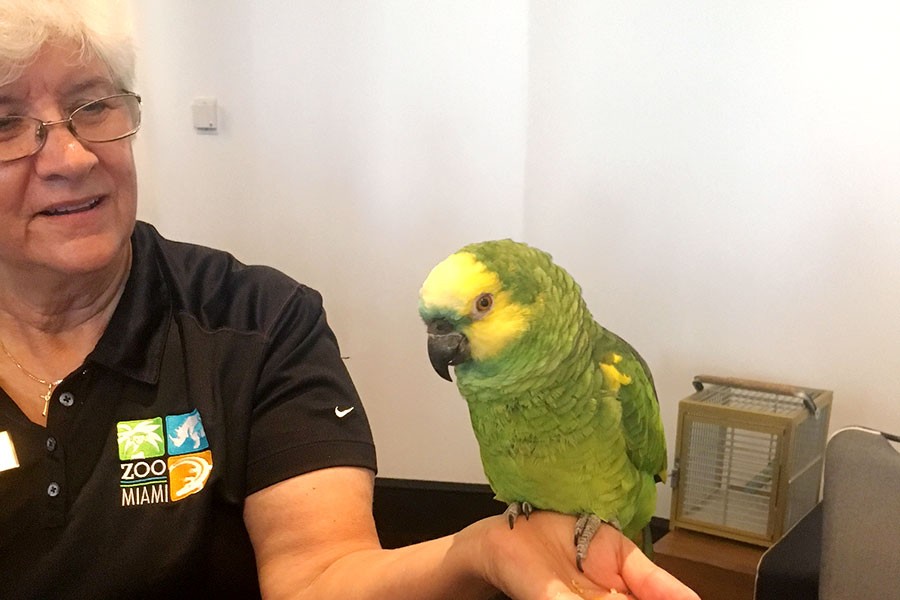 Get to Know Surfside

For more information about news and happenings in Surfside, follow us on social media on Facebook and Instagram, using #uptownbeachtown. If you are a part of the media or want to get in touch with a town representative, please email [email protected].
Back to Posts

A Guide to Surfside’s Kosher Eats