Sid Tepper, born in Brooklyn, NY on June 25, 1918, began writing songs and poetry in elementray school.  After high school, he enlisted in the Army during World War II where, after initially serving in the cavalry, he was assigned to the Special Services Entertainment Division to entertain the troops.

Sid Tepper and his childhood friend and writing partner, Roy Bennett, worked together in the songwriting business for over 25 years, during which they published more than 300 songs, including over 40 songs for Elvis Presley, as well as other hit songs in the Billboard Top 100 for artists such as Guy Lombardo and his Royal Canadians. 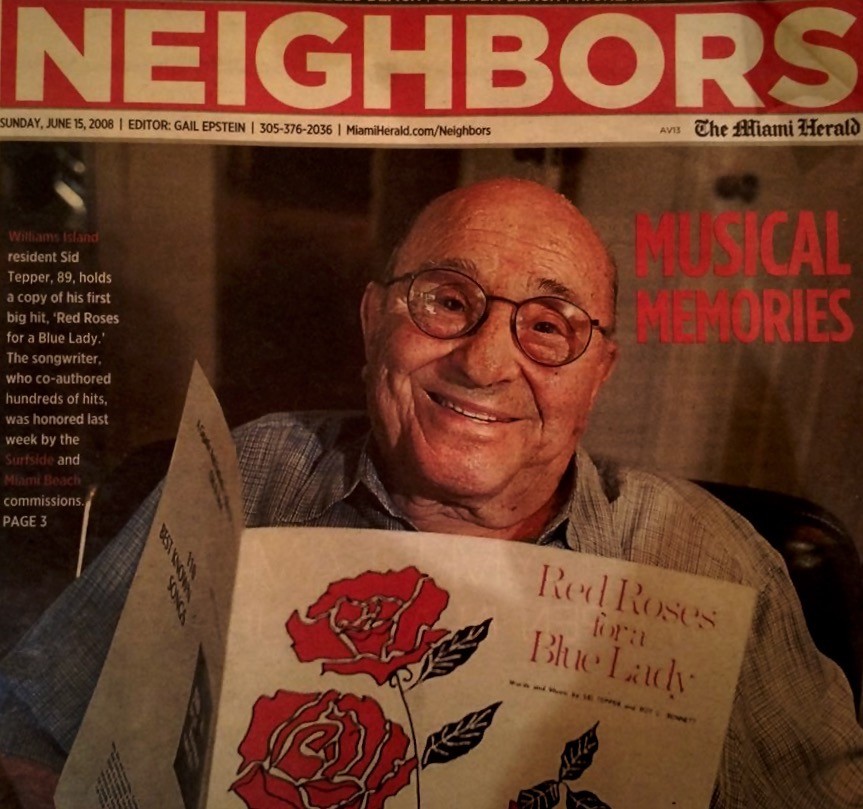 Over the next 22 years, Sid and Roy wrote for the Beatles, Tony Bennett, Rosemary Clooney, Peggy Lee, Frank Sinatra, Sara Vaughan, Dean Martin, and many others.

Surfside has the privilege of honoring him once more, alongside of his family and others, in a street designation ceremony. The Town of Surfside will be codesignating 89th Street in honor of Sid Tepper in the middle of December 2016. Signage will be installed by the county marking this codesgnation. It will subsequently be referred to as “Sid Tepper Street”.
Back to Posts